from darkness to light 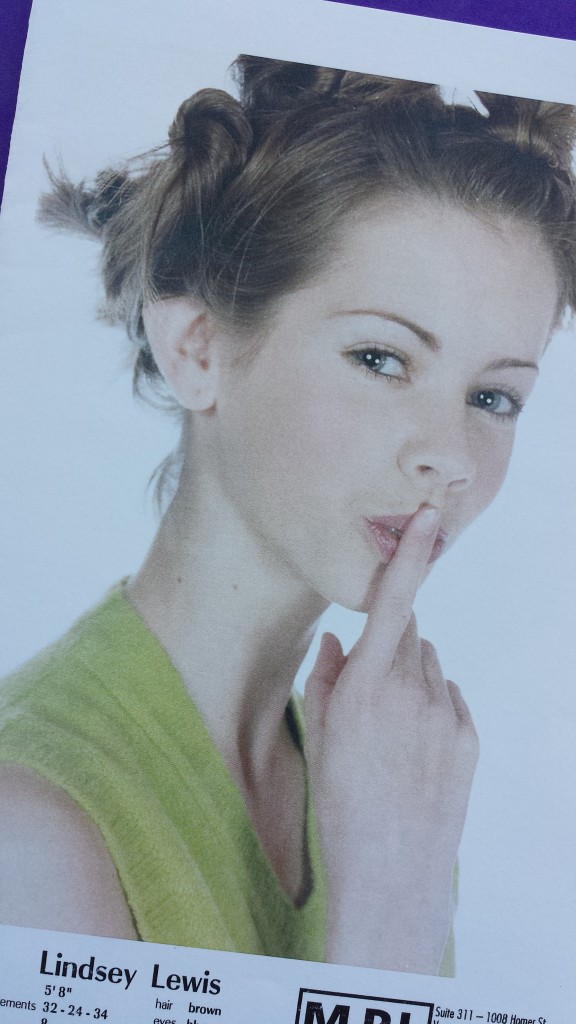 This is an except from my upcoming book From Darkness to Light.

The last time our crew of newly recruited models had gathered in the warmth of the brick-walled room tucked away in a converted warehouse we’d been following Giles up and down a hallway, prancing and swaying our hips to Right Said Fred’s song ‘I’m too sexy’: “I’m a model, you know what I mean, and I do my little turn on the catwalk.”

We lunged and stomped, lunged and stomped, single file and shoulders back, hips forward as the song played over, and over, and over. Nine to fivers wrapping up their workday in the surrounding offices watched us as they slipped past on their way out the door. A couple of older men slowed to look us up and down: “This is the way to end a workday.” We kept stalking. Heal first, pop the hip, lift the chin. If it doesn’t hurt you’re not doing it right. Pound the floor. Don’t smile. You are a clothes hanger, nobody wants to see your personality.

, walking like that. But this was a place where my height and weight—hip bones jutting through my pants, collar bones protruding beneath my shirts—were constantly praised. Look at her legs. Her arms are elegant. Like a cross between Twiggy and Cindy. But watch you don’t gain weight in your stomach. And keep that space between your thighs. They wanted me to go to Japan immediately. “Your look is big there right now.”

The photographer who shot my portfolio was Japanese Canadian; he talked me through shots as though speaking to a just-corralled horse: “Good, nice, keep moving, don’t hold the pose, I’ll let you know if I want you to pause.” He liked the ones where I wore nothing but an oversize cashmere vest and my underwear the best.

So did Giles. He’d dressed me first in biker boots, skinny black pants, and a men’s button-up shirt, then a pleated school-girl mini with a white t-shirt, and a purple blouse laced with silver.

How do You Do Sexy?

I’d been practicing my faces and poses in the mirror for days but hadn’t tried a single thing that said ‘sexy’—sexy was for older women, women with boobs and hips and big hair–so when Giles dressed me in nothing but a vest and pressed me back out beneath the glare of the lights I froze. The other models weren’t watching me; they were busy texting or reading, flipping through magazines, filing their nails.

Giles was praising the make-up artist who’d layered my eyelids with a fawn-coloured brown. But down the hall I heard footsteps coming closer. I stretched the vest down to my hips, watched the neckline pull down and expose my bra.

The footsteps passed by. Beyond the room through the multi-pane windows the sky was closing in as evening arrived and the photographer was watching his light begin to fade. “Don’t pull it down so far. Look up at the camera.” Click. In that photo, I look terrified.

Don’t miss the launch. Join the list to get first access to From Darkness to Light here.

from darkness to light

money love. 5 steps to loving money and have it love you back
Previous Article
Q+A: How Do I Get What I Really Want? [video]
Next Article