truth! some days I want to give the finger to the universe. failing, trying, falling, getting up 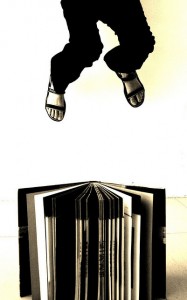 TRUTH!
The other day was a rough one.

Truth: Some days, I don’t want to do it anymore. Some days, I just want to give the finger to the universe, tell it to f off, say I’ve failed, accept it, and be done. No more worrying, not more striving, no more moving. Just nothing.

Why am I telling you this?

Because I read a post by Johnny B Truant that said this:

Most people have a really warped view of the way things actually work.

And because my amazing massage therapist and I were talking last time I was there (she really puts the therapist in massage) and she said this:

You like to be up here (hovering her hand close-ish to her head) all full of love and light and joy–and that’s great, but your power comes from acknowledging and accepting your dark side.

And these two instances came together with my revelation and ‘what I know for sure’–that it’s not about leadership or authority; it’s about being authentic and open–to smack me on the head:

I have those days. I do.

Just so you know.

I want you to know that I have those days, too.

Because maybe knowing that will make those days a little easier to ride out.

P.S. An image: a butterfly struggles to release itself from the cocoon. It wiggles and strives and tires and rests, and tries again, struggling and striving. If we pull the cocoon apart in an attempt to help it, it will die. A butterfly can only use its wings once they’ve been strengthened.

love vs fear: decisions that dance

Beautiful authenticity- love the visual of the butterfly. Hope you are having a better day!

True enough. And this is the fourth blog to hit my e-mail on the same note. There is a group pressure this week for sure. People are melting down, all with the same complaints of depression and powerlessness. Maybe it is our cocoon. Keep beating those wings.

“Keep beating those wings.” Love that! New mantra, thank you

This is exactly what I needed to hear. I thought I was the only one that felt this way.

I know this sounds bad but I think people are in unity with this feeling and this is at the point where we all wake up and realize something’s just not quite right.

My insight from this is to get my head out of the ground and get involved. If I’m in a position to help someone I try my best. Even if I do just one little thing I know it has a ripple effect.

We are worthy human beings and our distinction is that we are unique from anyone else. We have to own it now. If we change just one little thing through understanding we have accomplished something wonderful.

the how of happiness: aka, the real reason I left my former magazine editor dream job to fumble my way towards my dream life
Previous Article
illumination station: what are you waiting for?
Next Article