winter solstice, New Year’s Eve, aligning with what’s vital, and why I decided NOT to go to India 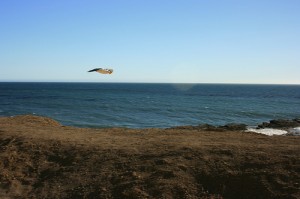 WINTER SOLSTICE
The North Pole tilted as far away from the sun as it will get this year on Wednesday, December 21. For lots of North Americans, the shortest day of the year signals celebration, reflection, and a time to take stock for the upcoming year. The next day, the light began to make its return as the North Pole began to tilt back towards the sun.

I drew a circle on a blank piece of paper the day before the solstice. Inside, I recorded a stream of consciousness in words that, though short and sweet, held the depth of my deepest desires and purpose.

And the more surface stuff that feeds my love for life and joy at being on this earth.

Outside the circle, I recorded what I was willing to let go of, in order to make space for these soul-circling affirmations:

“self-doubt”
“anxiety”
“my lock-down on having my own space, the way I want it, all the time”

CALLING ON THE UNIVERSE
I folded this paper into an origami bird. (There’s a reason why the Libre logo is a bird–I love the freedom and ease their flight represents). The eve of Winter Solstice, we went down to the edge of the ocean and placed our intentions-reflections on the sand beneath the stars. We lit fire to the edges and as the flames licked them into life, we released them to the universe. In the morning, the ocean would enfold the ashes in its embrace.

My month-long, long-planned trip to India didn’t appear in my circle. I was due to leave in less than a month and a half, had set the itinerary, been welcomed into host family’s homes, and gotten my inoculations and all the advice and encouragement I could handle. But the me that exists today is very different than the me that decided to go, about a year ago. There is an abundance of new and exciting developments under Libre Living that truly honor what I’m here to bring to the world. And there is a major development that has me by the heart-strings: my joyful, adorable, 20-month-old, blond-haired, blue eyed, niece has had major surgery. She’s in a cast for three months now. I need to be around to help her heal in all the ways I possibly can.

YIN VS YANG: LETTING VS MAKING
There’s also the undeniable fact that what I decided to create and make happen over a year ago simply doesn’t fly the way unexpected invitations for my services do. I am learning to be Yin in the world, and open to receive and be of service in all the ways I am invited to be. This, instead of being Yang, and pushing and striving and working harder harder harder to try and MAKE something happen, dammit. Ahhh. Ease. Peace. Receptivity.

And here is my invitation, if you feel inspired:
Draw a circle on a piece of paper this New Year’s Eve. Inside, let your hand record your most instant, resonant dreams and desires. Outside it, record what you’re willing to let go of, be free of. Then light the fire that will fuel your year to come.

when’s the only time you can be happy?

Dream it and Do it + spring sale on life coaching

5 + ways to stay sane during the holidays (and other nutty times)
Previous Article
How are You Celebrating the New Year? 4 Week Peace + Empowerment Program
Next Article