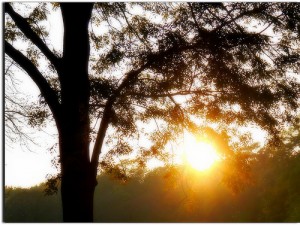 Across the board, whether they’d watched a two-second tape, 30-minute clip, one-hour clip, or spent the entire semester with the prof, the students’ evaluations matched.

2. Head honchos at a worldwide corporation secretly admit to a man studying the heuristics of decision-making—experience-based techniques for problem-solving—that relying on one reason, and their gut instincts, leads to better decision making than doing some complex calculations.

3. In an ocean-side city in Canada, a young couple watch the woman who’d been rushing down the sidewalk ahead of them take one step off the curb to cross an empty street and then freeze—seconds before a grey sedan speeds around the corner, narrowly missing her toe—and the rest of her.

The first story is from author and change agent Malcolm Gladwell, from his work Blink: The Power of Thinking Without Thinking.

The second is a single example of multiple studies that German psychologist and heuristics expert Gerd Gigerenzer says prove that using intuition in decision-making is a smart choice.

And the third is mine. I’d seen the image of the grey sedan flash in my mind’s eye as I shifted my weight forward to take the second step. Instead, I froze and didn’t get hit by the car.

Dr. Frances Vaughan, a psychologist known for her work on intuition as part of her interest in integrating psychological and spiritual growth, breaks down intuitive experiences into

1. I’d put the first example–of the students–under mental. Their brains, like ours, have evolved to be able to make split second assessments of people. Sociologists and human behavior pros often talk about how this ability came about so we could protect ourselves from someone we didn’t know if we needed to–after running into them while out walking the plains or the forest.

Verbal part of our brain: 40 bits of information per second

Non-verbal part of our brain: 11 million bits of information per second

So the biz pros who decreased the verbal emphasis–thinking about all the factors and how they might impact the decision–opened themselves up to way more valuable information, and the communication about that coming to them from the non-verbal part of their brain.

3. The third one–of me not being smoked by the car–goes under mental. I had a mental image flash through my mind, and thankfully honored it.

Watch your mind--for flashes of insight that come into your mind’s eye.

Intuition isn’t weird, woo-woo, or wacko. It’s a way of knowing that’s available to all of us–and science is proving it.

p.s. I’m getting stoked about my new Intuitive Living program I’m creating. It’s gonna be all about intuition, how to recognize it, and how to develop it. And it’s gonna be totally free.

I’d be thrilled to share insights with your readers about my own intuitive experiences, studies that show it’s more prevalent than we think, and how they can develop theirs.

The Power of Surrender

liberated life 2013. what will you create? [space is limited]