Inspired: 5 Stories of Dumping the Fear and Following Dreams

This story is about five people we at Libre Living consider ourselves very lucky to know.

It begins, as most stories do, at the beginning. But it wasn’t the Beginning, with a capital ‘B’, that our protagonists each thought it was.

Because each of our protagonists–the five we consider ourselves very lucky to know–had started down a path they thought would take them where they were destined to go. Only, it didn’t. It took them somewhere even better.

1. S WAS A GAL ON A MISSION. She was determined to make it in the world of PR. Public relations would be glamorous, fun-filled, and full of interesting media people. Instead, it was exhausting, unrewarding, and full of quite a few people who kind of took things for granted, frankly. So, tired of working too many hours of overtime to try to climb up a corporate ladder that she realized wasn’t really going to take her where she wanted to go, she left. She took a leap. She spent some worry- and stress-filled months wondering what she was going to do with her life, and then she re-invented herself as a copy writer and editor. She now has a thriving business, her clients love her, she sets her own schedule, and is doing what she loves. You can find her at Virtual Ink.

2. G WAS A WOMAN WITH A PROTESTANT WORK ETHIC. She was determined to prove to her parents and herself that she could make an extreme success of her life. She could bring in the business, make the money, maintain suaveapartments in two haute cities, and take care of herself. And she could. Except she wasn’t happy. She was ignoring her heart’s calling. So…she recommended other consultants to all of her clients, took a whole whack of cash out of her bank account, and spent two and a half years travelling around the world. Sayonara, societal expectation. Hello, heart’s calling. Today, G is a very much in-demand personal and business coach, guiding some of the top executives of the top North American businesses into bigger and brighter places–personally and professionally. She doesn’t even have a website. She’s that good. And she makes time to explore the world for about a month at least once a year.

3. T WAS A LADY IN LOVE WITH NUMBERS. Or was she? It was hard to tell. Sometimes, she thought maybe she was…and sometimes she thought that maybe there was something else calling her. Something that involved words. But she was already well under way with her accounting degree. She’d told everyone that’s where she was headed. What to do? She quit. She took the leap. She left accounting for English and has never looked back. Today, T teaches English students at the University of British Columbia, has been published in many outlets from academic to pop, is invited to speak at various literati events, and p.s. is also a food writer. She also happens to be teaching at Spark Retreat: Re-Ignite Your Creative Self, this May 20-23.

4. A AND F WERE PRETTY MUCH HAPPY. A had a “pretty cushy” gig where she spent most of her days in a corner office with a view. F spent most of his performing for kids. Both were living–with eachother–in the loving-it-up city of London. But…there was something missing. In the moments when they weren’t working, A and F were writing. There was never enough time. They could barely touch the surface of what they wanted to get down on paper. They looked at eachother and wondered, “Can we do it?” They’re doing it. They quit their London jobs, moved to Vancouver, BC, and have committed to spending a whole year working on their novels. F is nearly finished his first draft. A is thrilled with the new turn hers just took. Both are very much happy.

5. S THOUGHT FASHION WAS THE BEES KNEES. She was going to be fashion queen bee–but not one of those snivelling nasty ones like in the movie Devil Wears Prada. She completed her degree. She went out into the world. It wasn’t enough. There was so much more she wanted to do. She needed to be of service. So she signed up for Hatha, Yin and Pre-Natal yoga teacher training, became a certified doula and Lifeline Practitioner and volunteered with Shanti Uganda. You can find her at www.saramullin.com, where her motto is “Love Well.”

Okay, that was actually six people. And we could go on. But we won’t. We’re waiting for you to tell us your story…

the people who are crazy enough to think they can change the world are the ones who do. 1.5 minute video. love 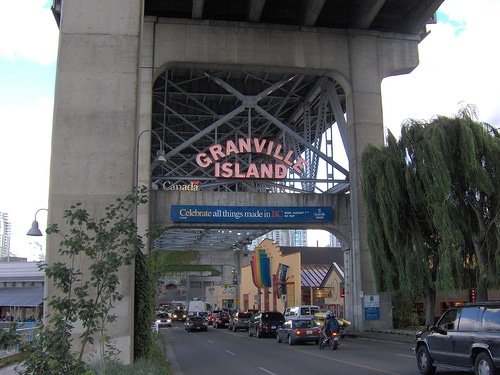 aching for a break? how to take a vacation when you can't take a vacation. hint: zen mind and beginner's mind is big here
Previous Article
meditation as resentment management: aka that person who really peeves me is my teacher
Next Article