tell your story. set yourself free. 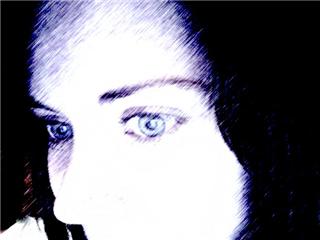 This is about how telling our story can set us free, and I’m going first: let me tell you about when I was in a relationship with a violent, anguished man who I felt I couldn’t leave. The picture is from that time.

The LibreFree Project is getting a re-vamp.

More and more I’m seeing how being free from stress, overwhelm, guilt, insecurities and shame is less about adding on and more about letting go. Freedom is state of mind, a place of peace, and a way of being.

Click to tweet: @lindsey_lewis: By telling our truth we unshackle ourselves from any guilt, shame, or judgement #librefreeproject

I looked up to see her watching me warily from behind a book. Beside her sat a pink suitcase and two plastic grocery bags stuffed with clothes. A purple blanket wrapped around her shoulders. She had freckles and blonde hair pulled back into a pony-tail. The cardboard sign at her feet read: “Left an abusive relationship. Anything helps.”

Immediately I was back there: listening to the sounds of a door being kicked in, then furniture being thrown. A crash as something broke on the kitchen floor. Afterwards, the police found blood on the linoleum from when he’d cut his hand trying to pull over the fridge, a chair with shattered legs, and broken plates on the floor. It wasn’t the first time he’d smashed things, and it wasn’t the first time I said he could come back into my life after he’d promised to change and refused to leave.

It’s inconceivable until it happens to you. You imagine that it must be so easy to get away. Why doesn’t she just end it and tell him to leave? And then you’re ducking behind the wall of your living room because he’s pounding on the window—praying he’ll give up and leave you alone. Or walking out into four lanes of traffic because you’ve gone that crazy with fear and are hoping he won’t be crazy enough to follow. But he doesn’t go away. And he keeps following you.

I walked to the corner grocery store and filled a bag with fruit, snack bars, and some chips. Mostly things that would last. Things that were portable. “There’s a shelter downtown on Seymour that could maybe help you,” I said, as I handed her the bag. “I tried it,” she said, “It’s full.” The next day, she was still there. And the next. And the next.

A quick online search showed a list of resources: hotlines to call, shelters to try to get into, people who could provide help. I printed them off and changed ten dollars into quarters at the bank—for the payphone. I added these to a bag with more food and a coat I’d hardly worn. The next day, she wasn’t there. I watched for her for two weeks, until the day I walked home and spotted her on the corner again.

Picture me standing in front of her on the sidewalk in my brand new leather boots, dark denim jeans and black pea coat—thinking that I have some idea of what she’s going through. Thinking I can help. It’s the boots she sees first, as I stand there towering over her, laden with my awkwardness. She looks up at me through squinted eyes. “I brought you this coat. And this list. Here are some quarters. Can I give you these things?”

She pounces on the coat, but quickly shutters her face from the exposure of delight. She looks at the list: “A lot of them I’ve tried already. They’re full. Or they don’t take pets.” “Oh. Ok. I’m sorry. Good luck.”

Weeks later, I’m still seeing her on the street. She never wears the coat. Her blanket gets worn and dirty. One day I see her jog to join up with another homeless man—one who wanders the streets talking angrily to himself. They walk side by side the way people familiar with each other do, easy with the silence.

And then one day, she’s gone.

I don’t know if anything I did was any help. I ask myself: what prevented me from getting there? I give thanks for my family and friends, for knowing I had someplace to go when I needed to escape.

I give thanks for what I have now–my gentle, kind, loving husband and my beautiful even when it’s painful life–and hope I never forget to be grateful.

what does being free mean to you? inner freedom

what does being free mean to you? boundaries dissolve

Hi Lindsey,
Thanks for sharing your powerful story. We met a few years ago, I think maybe at HOBN. I maybe sharing what you already know, however if your story inspires others to seek help please keep in mind VictimLink 1-800 563 0808, as they can provide 24×7 referrals and info for Victim services and transition houses. The service is anonymous, confidential and multilingual.

Again, thank-you and great to see your growing success!

Great story! We should all be grateful and try to help others!

That hits the target pelecftry. Thanks!

Thanks for contributing. It’s helped me understand the issues.

clearing other people's energy from your body in 5 minutes
Previous Article
Your Irresistible Life. Win this book! + the Enlighten Me candle
Next Article